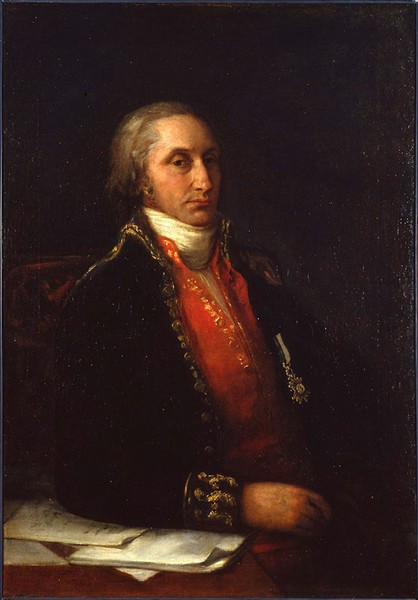 Antonio Raimundo Ibáñez Gastón de Isaba y Llano Valdés, Marquis of Sargadelos (Santa Eulalia de Oscos, 1749-Lugo, 1809), was a Spanish nobleman and industrialist, known for creating the Sargadelos ceramics factory, along with an ironworks. He was also famous for bringing technical innovations over from Europe to use in his factories.

The title of marquis was given to him at the time of his death, and is still in use by his descendants today.

In front of a neutral background, the subject is shown seated and in half profile, his right arm resting on a table on top of which we can see some papers, and his left hand hidden from view. He is wearing a dark dress coat, waistcoat and high-collared shirt which reaches up to his chin. A medal hangs on his chest. He is looking defiantly out at the viewer.