They Can Still Be of Use (Aun podrán servir) 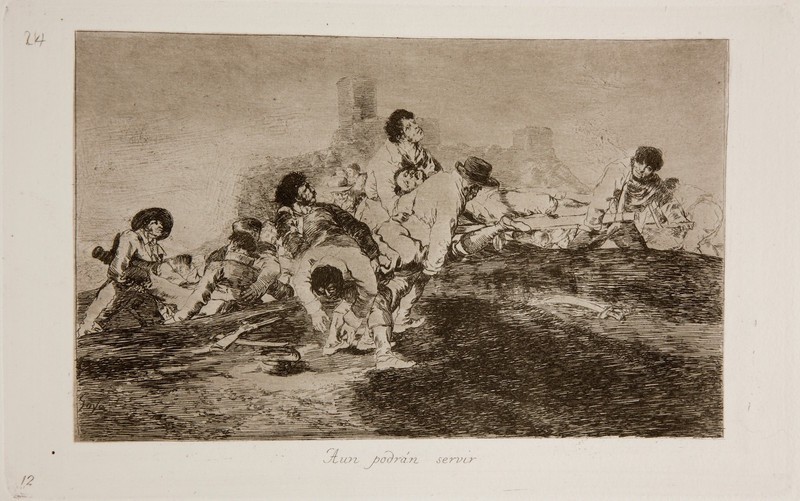 The first artist's proof shows the retouches carried out before the writing and signature were added with burin on the lower left-hand corner.

Goya uses dense, horizontal etched marks to create a vast black area below on the right-hand side of the print, which contrasts with the bright, cloudless sky and the clothes of the figures in the composition. The faces of the figures have been captured with precision, displaying a wide range of expressions of pain, agony, anguish, desolation, and so on.

This piece refers back to print no. 20, Treat them, then on to other matters the artist also revisits the theme in print no. 25, These Too, reiterating the idea that the wounded were often rescued and assisted in order to send them forth into battle once more.

The plate is stored in the National Chalcography (cat. 275)