They escape through the flames (Escapan entre las llamas) 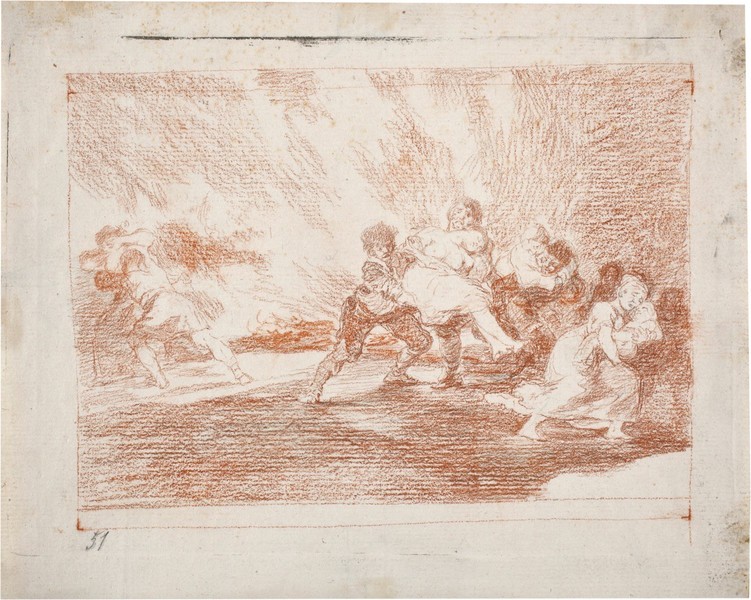 In the print They escape through the flames (Escapan entre las llamas) Goya depicts a fire probably caused by an explosion, with terrified people fleeing the scene. The artist practised for the print with this preparatory drawing which has been executed with great precision. The final print is relatively faithful to this drawing.

In the background there are two figures covering their faces, while in the centre, where the artist has depicted the burst of light from the blast, a woman is being dragged away from the explosion. In the left-hand section of the drawing it is possible to identify some elements that Goya subsequently modified, such as the woman carrying a child in her arms: in the print, she is shown turning back, covering her face with her arms. The dark silhouettes that appear in the drawing are more clearly defined in the final work.