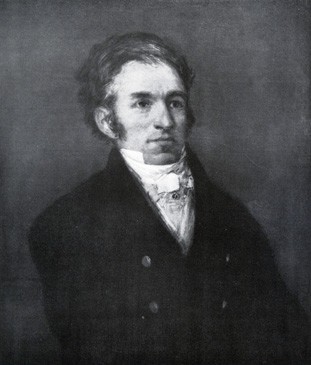 This portrait was made either shortly before or shortly after the trip Goya made from Bordeaux to Madrid, between May and June 1826.

It was in the Galos collection in Bordeaux before entering the collection of the Barnes Foundation.

Jacques Galos (Arance, Aquitaine, 1774-Bordeaux, 1830) belonged to Goya's circle of friends and acquaintances in Bordeaux. He helped the painter to improve his economic situation, which Goya often mentioned in the letters he wrote to his son, Javier. He acquired the lithographs of Bulls of Bordeaux and looked after the estate that Goya left behind. It is clear that the painter placed a lot of trust in his friend, as demonstrated by the numerous times he mentioned him in his letters.

The Frenchman arrived in Bordeaux in 1804, after living for several years in Pamplona. He was one of the founders of the Bordeaux Savings Bank in 1819, and later became the manager of the Bank of Bordeaux. In 1827 he was appointed a member of the Chamber of Commerce. He was a well-known liberal and, after the revolution of 1830, became a member of parliament, but died that same year, at the age of 54.

Galos is shown here wearing a blue overcoat with golden buttons, white shirt and tie. His dark head of hair contains some energetically executed touches of grey. His intelligent gaze stands out, as does the modelling of his features, his expression reflecting self-confidence. The neutral background in front of which he is depicted displays some light and vibrant brushwork.