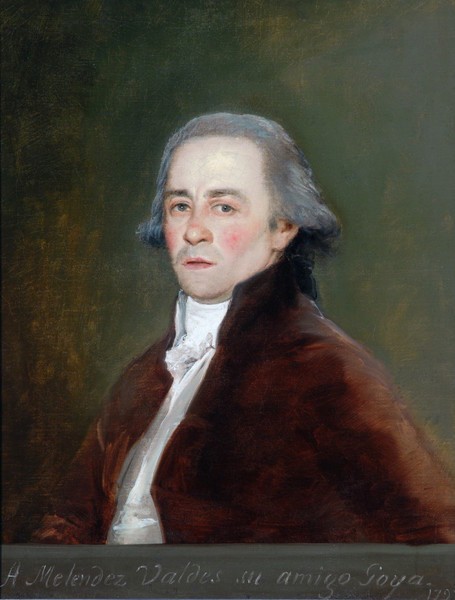 Juan Antonio Meléndez Valdés was born in Ribera del Fresno (Badajoz) in 1754. He was a professor of Humanities at the University of Salamanca, and also practised as a magistrate. Above all, he was a distinguished poet. He died in exile in France in 1817.

He is shown in this half-length portrait wearing a dark frock coat and white shirt with a bow at the neck.

A ray of light falls directly on his head, illuminating a face which denotes an intelligent person concerned about the events taking place in Spanish politics at the time.

As in the case of the majority of Goya's portraits, the sitter is depicted against a dark background which allows the artist to emphasize the volume of the figure.

There is a copy or replica of this work which belongs to the Banesto Collection.