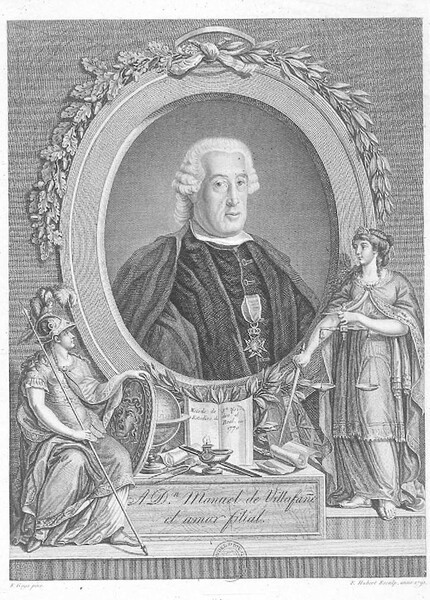 This work disappeared some time in the past, the only record of its existence being a print reproduction produced in 1791 by the engraver François Hubert, a copy of which is preserved in the Spanish National Library in Madrid. It bears the following inscriptions:

The commission for the original painting may have been given to Goya on the occasion of Villafañe's appointment as director of the Reales Estudios de San Isidro in 1771. He was also a member of the Royal Council and wears the insignia of a Knight of the Royal Order of Charles III.