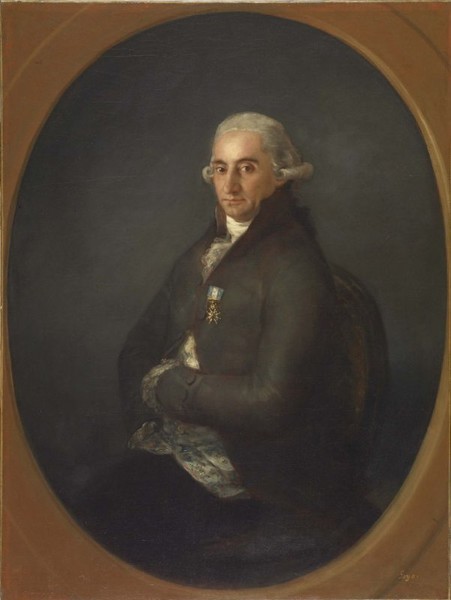 This work was donated to the museum by the Samuel H. Kress Foundation.

Ramón Posada y Soto was an eminent politician and magistrate, Honorary and Emeritus Academic of the San Fernando Royal Academy of Fine Arts and Treasurer of the Royal Court of Justice in Mexico. He was Jovellanos's brother-in-law.

Goya painted him against a dark background, illuminating only the face with a strong light focus and leaving the rest of the scene in the gloom. Dark colours dominate the composition, while the light hues used for the head stand out against this background.

The painter has emphasized the subject's large, chiselled nose and bright, intelligent eyes. He is depicted sitting up very straight, his hands hidden: the right behind his leg, the left under his frock coat. He is wearing a white shirt with frills at the neckline and on the sleeves.

The sitter's personality is well expressed in his face, giving off the impression of an intelligent, confident man.