These Too (Tambien estos) 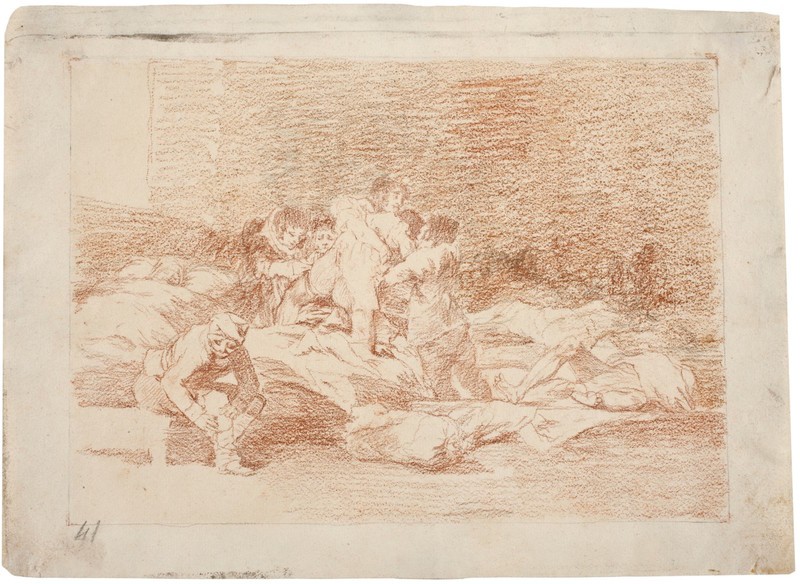 These Too depicts the inside of a hospital where various wounded people are being attended to in a rather haphazard way. This is a preparatory drawing that displays few differences from the print. All the figures in the foreground appear in both works, as does the half-covered body in the background. However, in the final work the painter decided to include a man lying on a stretcher who appears to be receiving treatment from a doctor. The painter also changes his use of light, since in the drawing the contrast between light and shade is less clearly defined than in the print. In this work, light streams into the room through a window situated in the upper left-hand corner. In the print the viewer cannot see the source of light, although we can deduce that there must be a window out of view that lights the upper part of the room in a dramatic way.