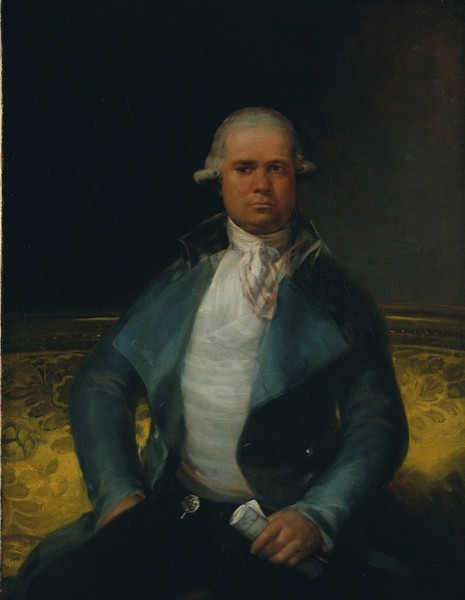 The painting came to its current location from the collection of the Count of Cedillo.

Tomás Pérez de Estala was the director of the Royal Textile Factory in Segovia.

Here he is shown in front of a neutral background, just like the sitters in most of Goya's portraits. A light source off to the left lights up his face, his large head and wide jaw. He is wearing a blue dress coat, left open to reveal the white shirt beneath that gives the painting much of its luminosity. Above the shirt he wears a scarf, concealing his thick neck. In his left hand he holds a rolled-up sheet of paper, whilst his right hand rests in his trouser pocket.