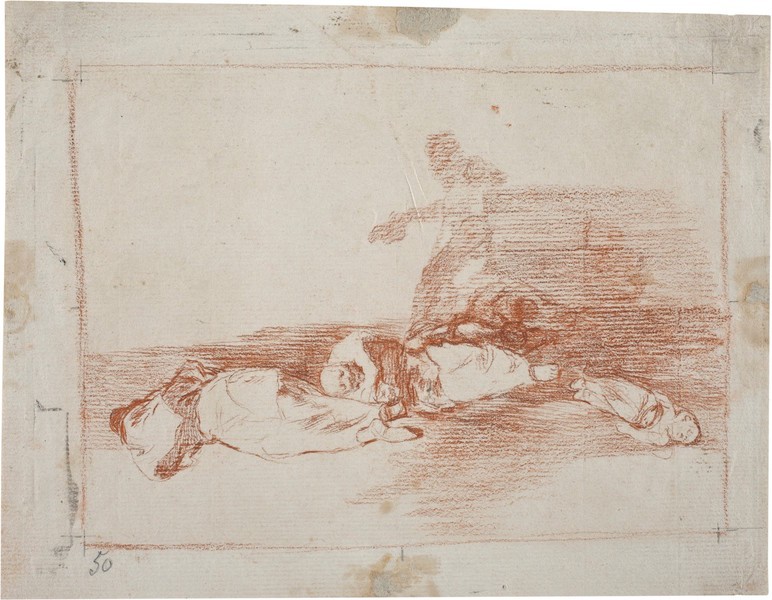 A cruel shame! (Cruel lástima) is the print that begins the set of prints within the series The Disasters of War dedicated to the famine that ravaged Spain during the Spanish War of Independence. In the preparatory drawing for the print, the corpses situated in the foreground are depicted in great detail, while the figure behind who begs with his outstretched hat is expressed as a mere shadow. Goya must have decided to bring the viewer closer to this figure in the final print, giving the man a more definite form. The sky in the preparatory drawing is more diaphanous, while in the print it is darker at the corners.

The final print is, in general, darker than the preparatory drawing.