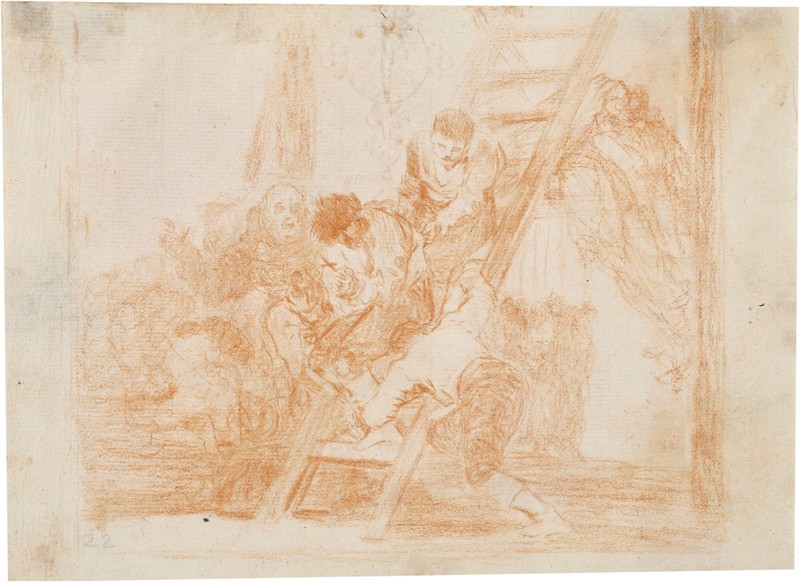 This preparatory drawing has the same composition as the etching. In the finished work Goya keeps the ladder, the condemned man who is being lifted up it to the gallows, and the monk at his side who, in both the drawing and the print, is raising his hand, his index finger extended. However, Goya did make some changes, such as the orientation of the drawing. Also, in the drawing he has placed a crucifix in the condemned man's hands, something which does not appear in the finished work. What's more, in the drawing the artist has hidden the prisoner's face, whilst in the print it is clearly visible.

This sketch is less detailed than some of the others by Goya, where we can see him working with more urgency, more attention to the details and more precision. This suggests that Goya may have produced some other, more precise, drawing to serve as preparation for the etching The way is hard!.