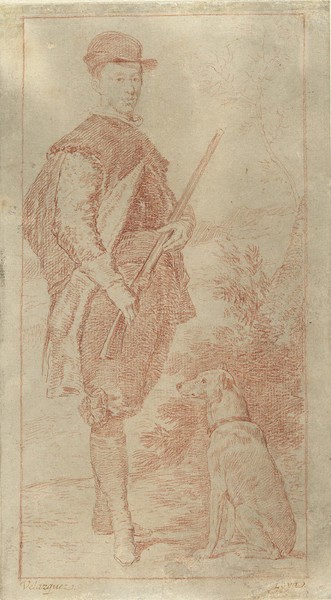 This preparatory drawing for Goya's engraving of The Cardinal-Infante Don Ferdinand of Austria allows us to appreciate some of the modifications that Goya made for his copy of Velázquez's painting. The most significant is the size of the dog, which is noticeably smaller here than in the original painting. It is possible that Goya sought to take the viewer's attention away from the animal and to focus it even more on the figure of Philip IV's brother. In addition, the details on the left-hand sleeve of the figure are depicted only fleetingly.

Compared with this preparatory study, the etching reveals a gradual darkening of the image, meaning that some elements, such as the folds in the clothing and the brightness of the sky, are lost.