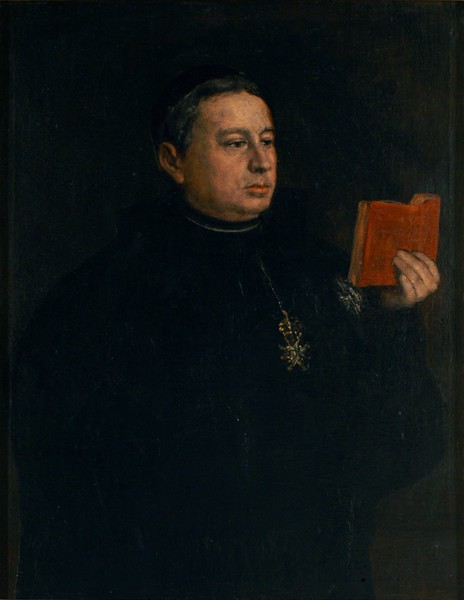 With the end of the Liberal Triennium and following the march of the Hundred Thousand Sons of San Luis through Spain, the absolute rule of Ferdinand was restored in late August 1823. In January 1824 the decrees were drawn up, initiating the reprisals against the liberals. By that time, Goya had already changed the deeds of his property of the Quinta del Sordo, leaving it to his grandson, Mariano. Following these decrees he sought refuge at the house of his friend and neighbour José Duaso y Latre, whose portrait he painted as a token of gratitude.

According to the painting's inscription, which is in Goya's own hand, the artist painted the portrait when he was 78 years old, an age he reached on 30 March 1824. On 2 May that same year he requested the king's permission to leave the court to travel to France, ostensibly to take the waters at Plombières, for which reason Sánchez Cantón dated this painting to the month of April, 1824.

This same writer was the person who discovered the portrait in 1954. It was in the Madrid home of the Rodríguez Babé family, who had been related to the sitter. Several years later it entered the collection of the Seville Fine Arts Museum.

Don José Duaso y Latre (Campol del Valle de Solana, Huesca, 1775-Madrid, 1849) was an erudite man, studying philosophy, law and mathematics. He was ordained as a priest in 1799. He was Vicar General for the army of Castile, Asturias and Galicia during the Spanish War of Independence. He saved the Royal Palace's jewels and silver from the looting of the French forces and, as a reward, was named a Knight of the Royal Order of Charles III. In 1813 he was named parliamentary representative for Aragón. He was well versed in political and economic matters and became librarian of the Spanish Royal Academy. In 1824 he was named director of the Science Museum and, in 1826, Judge of the Royal Chapel and military Lieutenant General, both of which positions he was to hold until his death. He took into his home and helped many companions who were wanted for being liberals.

This half-length portrait, smaller than life-size, shows him dressed in a black cassock and skullcap. Over the top of his outfit, the insignias of the Order of Charles III are clearly visible. In his left hand he holds a breviary, which he is reading. His face shows how he is concentrating on his reading and his features are very realistically depicted. The composition is sombre, pared down to those elements which are essential to showing the warm personality of the subject. Goya was to continue in a similar vein for the rest of his final portraits, which were increasingly free from anecdotal elements. It is possible that the last years of Goya's life, which were filled with anguish over the reprisals against the liberals, translated into this more concise, more expressive way of painting.