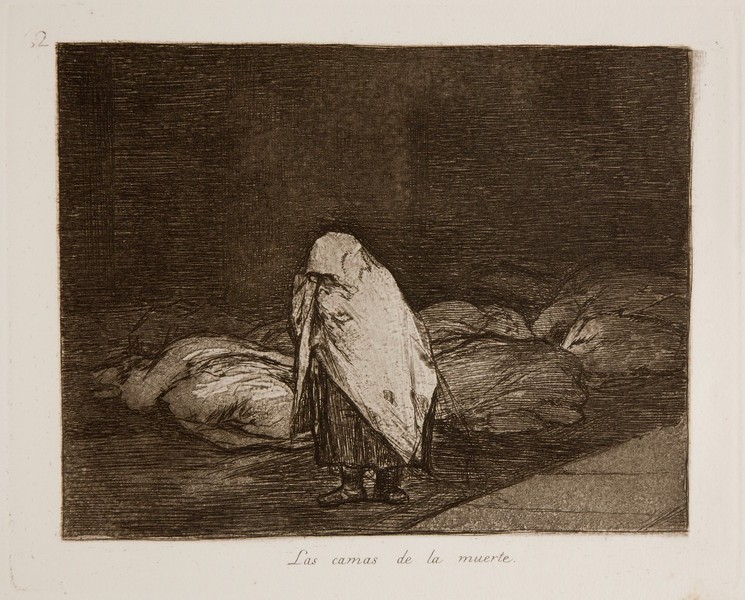 In the middle of a street or another public place a female figure covered from head to foot passes by a group of corpses covered up with sheets. The viewer cannot see the woman's face, although it is clear that she is covering her nose to block out the stench of the bodies.

Goya has made some deep, dense marks in the background, creating a mesh effect in some areas that serves to intensify the darkness. The only light area of the print is the white tunic that completely covers the woman passing by the corpses.

Despite the simplicity of the composition and the fact that the lifeless bodies are depicted covered for the first time in the series The Disasters of War, Goya achieves an intense dramatic atmosphere in this work. The artist does not need to show the mutilated or emaciated, starved bodies in order to evoke a strong sensation of distaste and distress in the viewer. He also reiterates a gesture repeated in print no. 18, Bury them and keep quiet (Enterrar y callar), in which the figures depicted also cover their noses before piles of corpses that are most likely awaiting burial.

The plate is stored in the National Chalcography (cat. 313).