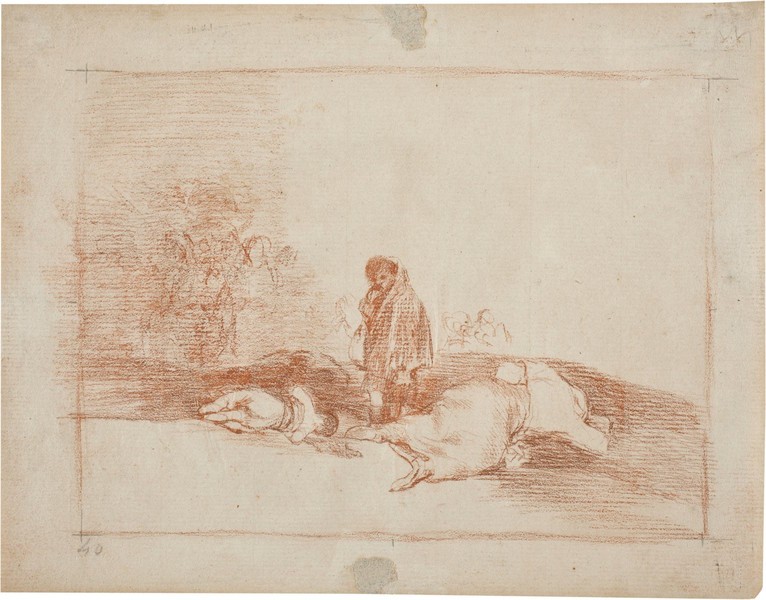 This drawing, along with the set of preparatory drawings for the rest of this series, formed part of the Carderera Collection and subsequently part of the Prado Museum, where it is currently housed.

This preparatory drawing displays some significant differences from the final print. In general, the print has an intensity and force of expression that the drawing lacks.

Goya changed the positions of the bodies in the final work, and there is an extra body on the right-hand side of the drawing that accentuates the depth of the composition. He also omits from the print the silhouettes that are suggested in the background of the drawing, and increases the size of the central standing figure, who does not cover his face in the drawing, instead gazing at the bodies that surround him. In contrast, in the print he hides his face with his hand, giving the image an extraordinary expressive force. Moreover, in the print there is a large white cloud not present in the drawing, which highlights the standing figure at the centre of the composition.