They do not arrive in time (No llegan á tiempo) 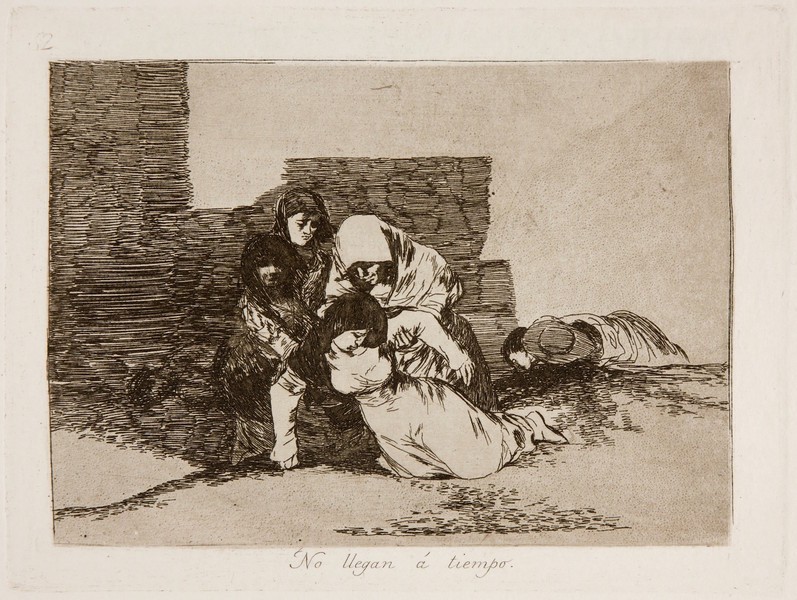 Three women rush to the aid of a dying woman whose body is held up under her arms by one of these figures, situated behind her. Behind these figures are the other two women, who wear sorrowful expressions. They seem to have stopped still, as if aware that helping the woman is a pointless task since, as the title indicates, they have not arrived in time to prevent her death. Behind the group of the women on the right there is a body, perhaps the corpse of someone else who has died of hunger.

The woman helping the dying figure is reminiscent of those depicted in prints no. 49, A woman's charity (Caridad de muger) and no. 51, Gracias á la almorta (Thanks to the grass pea).

The figures stand out against a dark background, possibly a partly collapsed wall, rendered by the artist in short, energetic horizontal lines. The first two are wearing white dresses that emphasize their primary role in the image. It could be said that Goya wanted to make reference to the religious subject of the Pietà in this image.

The plate is stored in the National Chalcography (cat. 303).