What more can be done? (Qué hai que hacer mas?) 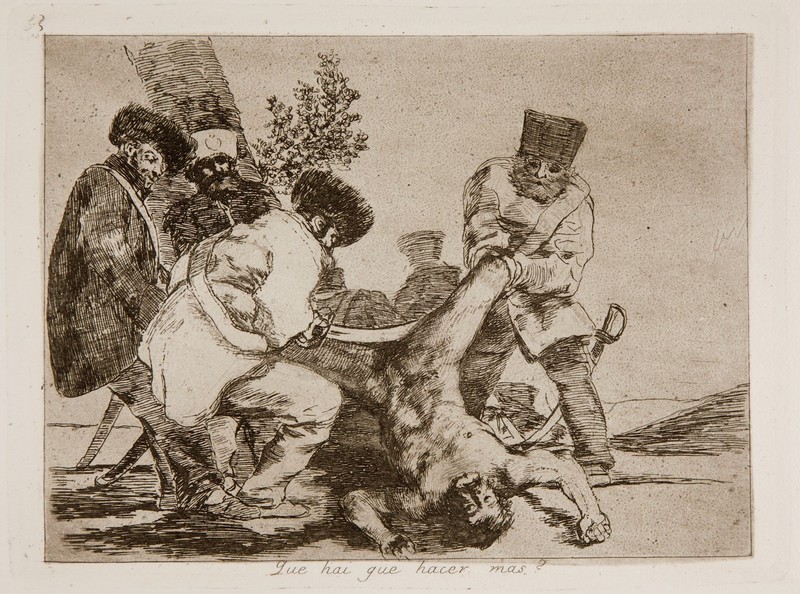 There is no surviving preparatory drawing of this print.

This print depicts a brutal scene of torture. Four French soldiers have captured a Spanish man who they have stripped naked and are holding upside-down against a tree. Two of the soldiers grasp his legs while another observes the scene in the background. The soldier in the foreground with his back to the viewer is holding a sword in both hands ready to cut off his victim's genitals and probably continue mutilating his body.

Mutilation was a practice that was possibly used as a method of humiliating the enemy even after death. Once the victim had been killed, any violent act carried out to the corpse could only have had the purpose of depriving the dead person of their dignity.

This print is linked to no. 37, This is worse (Esto es peor) and no. 39, Great deeds! With dead bodies! (Grande hazaña! Con muertos!), which show mutilated corpses that are missing some of their limbs.

Once again, nature is complicit in a brutal event, providing a support for the ignominious act of dismembering a prisoner's body.