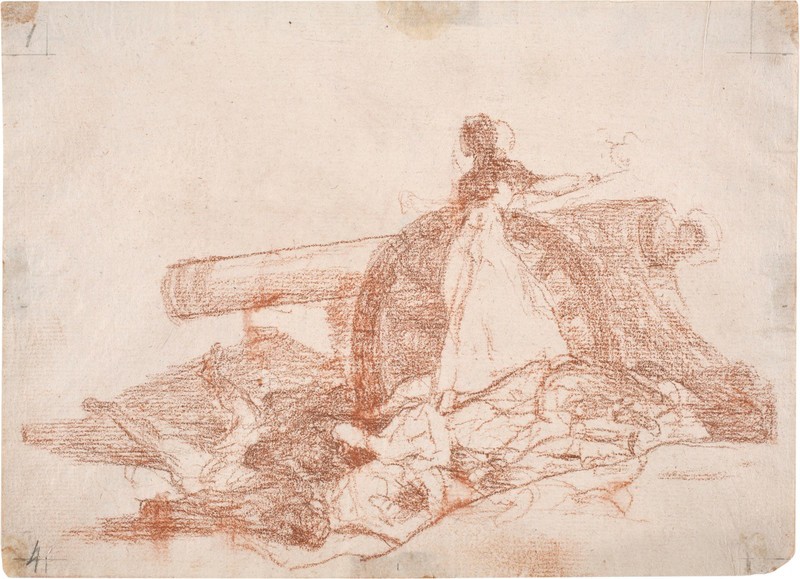 Goya made this drawing before transferring the design to the etching plate. By this stage he already appears to have had a clear idea in mind of the end result, and very few changes were subsequently introduced. In the drawing, the woman's body is slightly smaller in relation to the cannon. In the final etching, Goya kept the cannon the same size and made the female figure larger. We can see another difference in the pile of bodies that the woman is standing on. In the drawing, behind the body shown in the foreground, we can make out another body, with raised and parted legs. Goya may have decided to use this posture for the figure in print no. 30, Ravages of war, in which we see a woman with her knees bent and her legs apart, rather than include it in the finished print of this design.