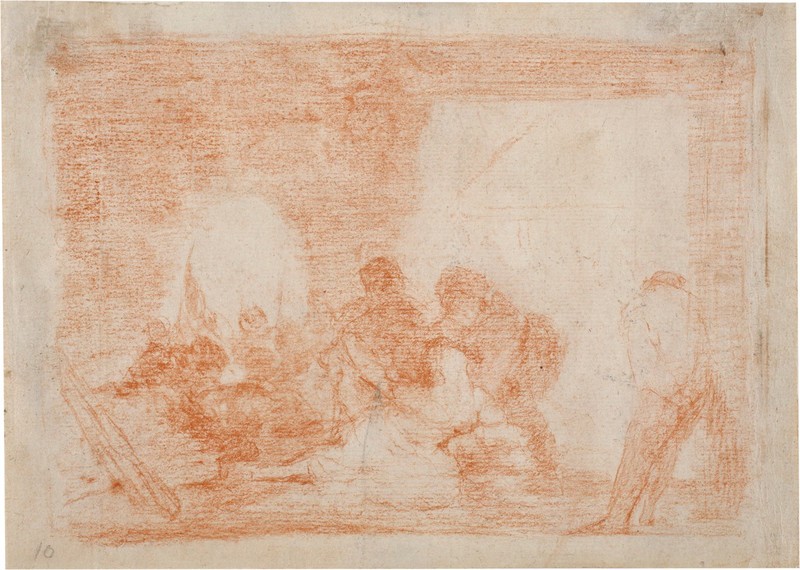 This drawing presents a mirror image of the scene depicted in the etching. It features some noticeable differences. In place of the two archways that we see in the etching, here in the drawing Goya has sketched out a smaller archway, along with a lintelled structure. He has also added some rifles, leaning against the wall on the left in the foreground. Although this fairly smudged drawing is difficult to make out in places, it is possible to see that, for the finished etching, the number of figures were reduced and concentrated in the centre of the composition, leaving the sides less densely populated.