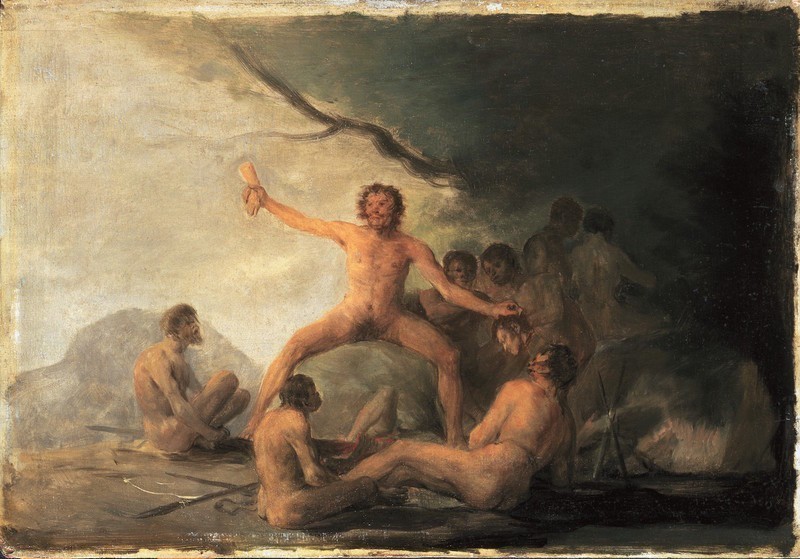 Both this work and its companion piece, Cannibals Preparing their Victims, belonged to the painter Jean François Gigoux (Besançon, 1806-Besançon, 1894), who bequeathed them to the Musée des Beaux-Arts et d'Archéologie in his home town.

A cannibal sitting astride a rock holds up a human hand and a man's head like a pair of trophies. On the ground we can see more human remains, which the artist has drawn our attention to by means of energetic red brushstrokes. Meanwhile, other cannibals sat in front of and behind the central figure look on. The scene is set in a natural, rocky landscape, with the branch of a tree emerging from the darkness on the right-hand side.

Goya has painted the figures on that side of the central figure in an undefined manner, like some kind of living mass, from which no individual person clearly emerges. The faces of the figures are depicted in more detail but their features are primitive, almost simian in appearance. It is likely that the painter's intention was to highlight the barbarism of certain human actions, in this case the practice of cannibalism.

This work can be related to some of the prints in the Disasters of War series of etchings, such as no. 39, Great deeds! With dead bodies!, in which corpses and dismembered bodies have been hung from the branches of a tree.