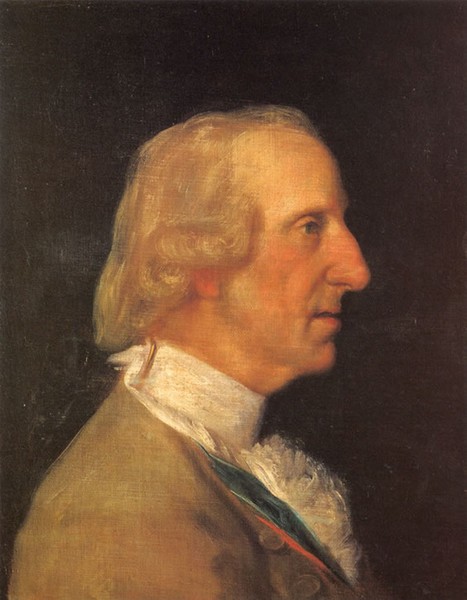 Retrato del Serenísimo / Señor Ynfante Don Luis Antonio / Jayme de Borbón / Que de 9 a 12 de la mañana día 11 de sept / del año de 1783 / hacía don Francisco de Goya ("Portrait of His Highness the Señor Infante Don Luis Antonio de Bourbon, made between 9 and 12 in the morning of the 11th of September of 1783 by Don Francisco de Goya", on a piece of card stuck to the back of the canvas).

This work was painted for the Infante Don Luis. It came from Boadilla del Monte (Madrid) and belonged to the sitter's descendants, the Count and Countess of Chinchón, and was later inherited by the Duke and Duchess of Sueca.

The Infante Don Luis de Bourbon (1727-1785) was born at Madrid's Buen Retiro Palace. He was the youngest of the sons of Philip V and his second wife, Isabel de Farnesio. He received a careful upbringing and education, inheriting from his mother a taste for the arts and surrounding himself later in life with illustrious figures. At the age of eight he was promoted to the ranks of cardinal and archbishop of Toledo and Seville, but these he renounced following the death of his mother, stating that he lacked the vocation. In 1776, he entered into morganatic wedlock with María Teresa de Vallabriga y Rozas, of Zaragoza, and from this marriage were born María Teresa de Bourbon y Vallabriga, the future Countess of Chinchón, Luis María, who would later become cardinal-archbishop of Toledo, María Luisa and Antonio María, who died at an early age.

Just like the portrait of the infante's wife, with which this painting forms a pair, this work was done by Goya in the summer of 1783, during the first of the trips that the artist made to Arenas de San Pedro (Ávila), the habitual place of residence of the family. Both works are preparatory studies for the large canvas of The Family of the Infante Don Luis, housed at the Magnani-Rocca de Corte de Mamiano Foundation (Parma, Italy).

The bust portrait shows the sitter in profile, standing out from a dark background, wearing dress coat and white shirt with lace frills and buckle, over the top of which we see the blue sash of the Order of Charles III and, underneath, the red of the Golden Fleece. His hair is tied back in a short ponytail with a dark blue bow which is almost invisible against the background. We can see the intense blue colour of the infante's only visible eye, which Goya has tried to imbue with a certain transparent quality. In the sitter's rosy face we can appreciate the effects of age, along with something of the gentle, spiritual character of the subject.

The quick, loose brushstrokes make it entirely plausible that Goya completed this work in a very short amount of time, just as the inscription claims.