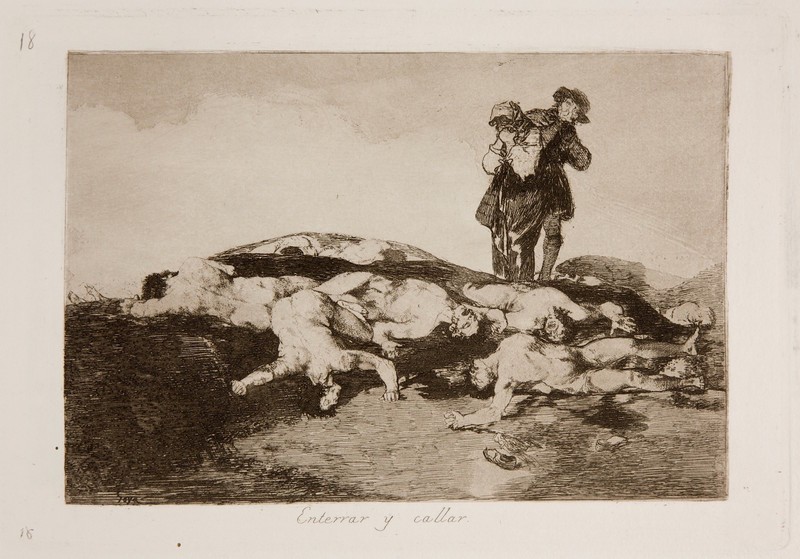 In the first state proof we can see some touches of drypoint on the chest of the corpse on the right-hand side, as well as some use of burin on the shadows on the ground. The signature, also done with burin, is in the lower left-hand corner.

In the image we see two figures standing out against a pale background. They are looking at the macabre spectacle left behind by the war: a group of naked corpses. Both of these witnesses are covering their faces, although it is unclear whether they are crying or if they are holding their noses, just like the figure in etching no. 62, The deathbeds, is doing, to keep out the stench of the decomposing bodies.

Visually, this is one of the brightest images in the Disasters of War series; the sky is pale and clear, and so is the group of naked bodies left to their fate. This image also has a strong feeling of silence about it, especially in comparison with the other etchings, in which we can imagine the noise, screams and violence of battle. Despite the fact that these corpses are shown with their mouths gaping wide open, they can no longer shout or moan, nor plead for a better ending for themselves. The two observers have nothing to say either. All that is left to do is Bury them and keep quiet.

The etching plate is conserved in the National Chalcography Museum (cat. 269)