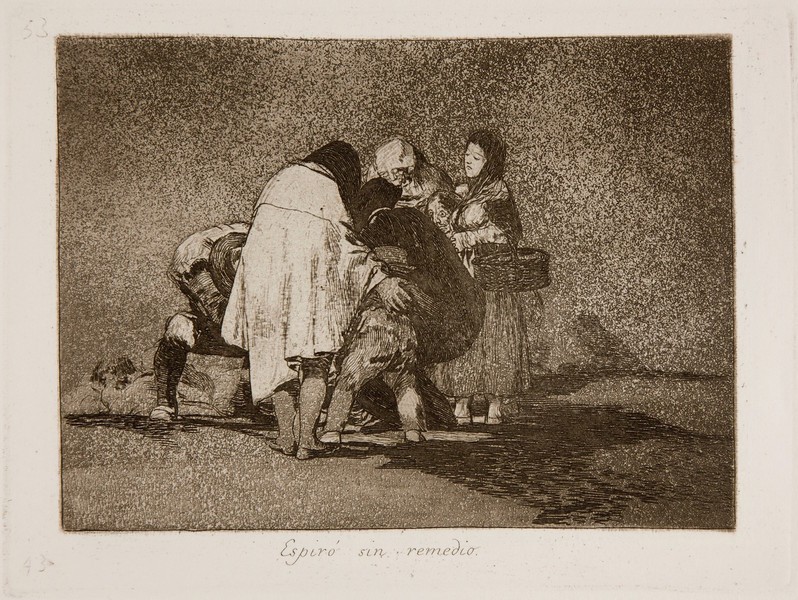 43 (on the lower left-hand corner of the plate).

In the centre of this print a group of people is gathered around someone who, as the work's title indicates, has just died. Two of the group have their backs to the viewer, while a third kneels down, perhaps in an attempt to help, and in the background two old women contemplate the scene. Next to the old women is a younger woman who is carrying a basket.

The highly granulated texture afforded by the use of aquatint on the entire background and a large part of the floor gives the scene an unreal air. There are no references in the work that allow the viewer to work out the time of day or location where this event is taking place. Goya has used this device before, in print no. 50 Unhappy mother! (Madre infeliz!), in which the artist also omits all spatial references.

In this print Goya continues to explore the grave consequences of the famine that ravaged the population during the Spanish War of Independence.

The plate is stored in the National Chalcography (cat. 304).