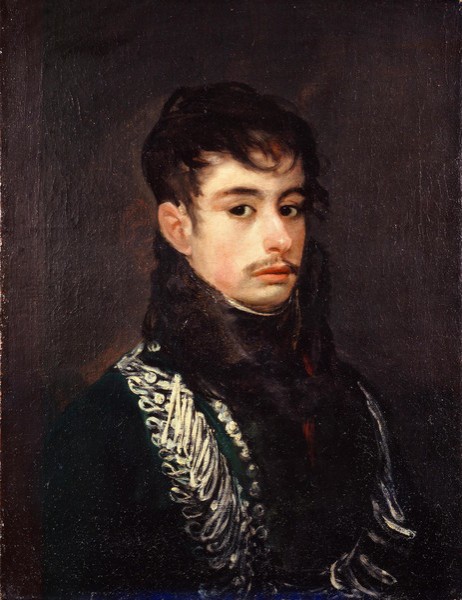 This work came from the collections of José Lázaro Galdiano, Madrid, and Eric Galleries, New York.

Eugenio Guzmán de Palafox y Portocarrero was the son of the Count and Countess of Montijo and the brother of the Marchioness of Lazán and Marchioness of Villafranca, also painted by Goya. During the Spanish War of Independence he stood out as a great patriot in the fight against Napoleon. He was a cultured man, named academician of honour and of merit of the Royal Academy of Fine Arts of San Fernando.

In this half-length portrait, he appears before a very dark background, which makes his pale face stand out, whilst his jacket could be confused with the background if not for the gold details that adorn it. As in other portraits, Goya has strived to bring out the qualities of the sitter. Referring to this piece, Gudiol points out that the subject is depicted with extremely precise touches, both in the quality of the flesh tones and in the reflections of the light, which possess a strange kind of transparency.