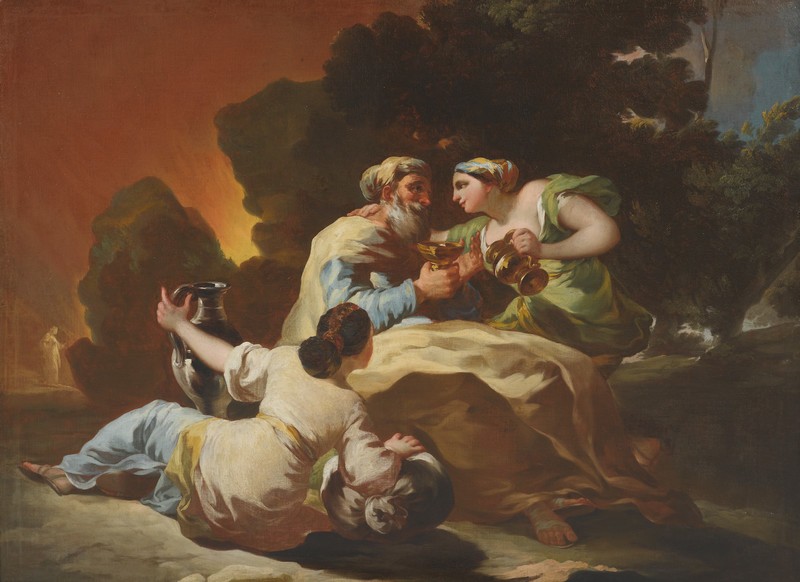 This work was part of the Linker collection in Bilbao, but it left Spain some time around the 1930s. It was sold on September 12th 2012 by Koller Auction house, in Zurich.

The image shows the biblical figure Lot accompanied by his two daughters who are encouraging him to drink wine (Genesis, 19, 30-38). They are depicted sitting in a landscape, surrounded by trees.

The work is traditionally paired with Sacrifice of Jephthah's Daughter, since they feature figures of similar dimensions in a similar proportion to the space around them. Camón is of the opinion that this work has mural qualities, and that the gestures and poses of the figures suggest that they were designed for a larger space. There are similarities between this painting and Goya's tapestry cartoons in terms of the treatment of the landscape in the background, and perhaps for this reason some critics date the work at around 1775-1780, when it is in fact more likely that it was completed around the same time as its companion painting, since both display a marked classicist style.