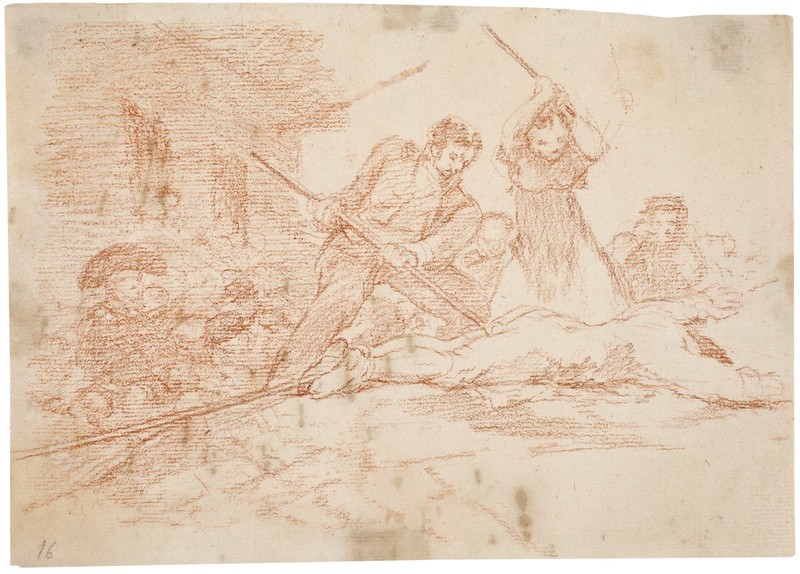 The preparatory drawing for the print Mob (Populacho) is a precise, detailed work in which Goya already has a firm idea of the postures of the two figures in the foreground who are beating a third figure - a man who may be dead or alive - since the artist maintains those postures in the final print. He also maintains the crowd that witnesses the macabre scene in the final print. Likewise, in the drawing Goya sketches the body or corpse of the victim of the brutal beating delicately but in great detail, achieving the same effect in the print.

Despite the numerous similarities between the print and the preparatory drawing there are some differences, such as the building in the background, which is placed higher up in the drawing and has more windows, as well as in the two figures beating the man: in the print they are notably darker, depicted with more shadows to accentuate their sinister nature.