It Will Be the Same (Será lo mismo) 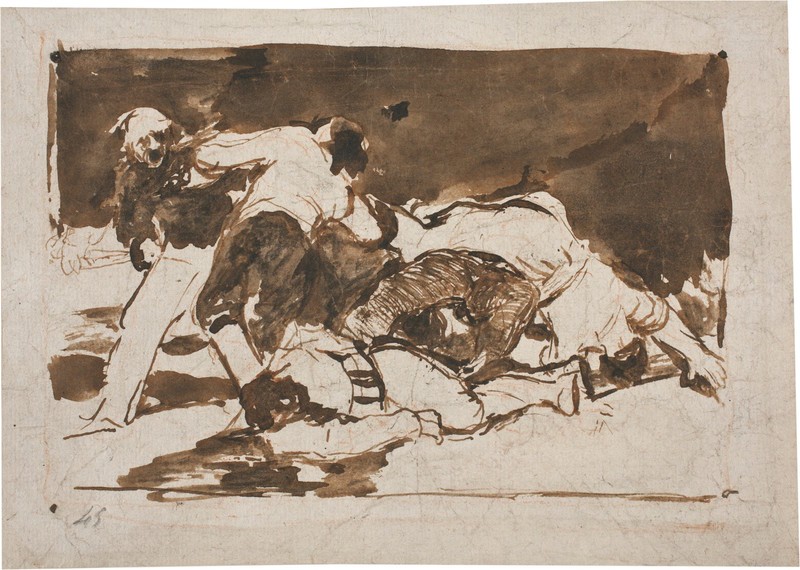 As in the case of another six preparatory drawings for the prints in the series the Disasters of War, Goya employs a wash technique. Perhaps these are sketches produced before the preparatory drawings, which would have been more precise and closer in design to the final prints.

The composition of the drawing is reversed in comparison with the final print. On one side are two standing figures corresponding with those carrying a body in the print. Next to them on the floor is a pile of corpses including one whose legs are splayed and whose head sinks into the depth of the composition.

Gassier casts doubt on the attribution of this work to Goya, claiming that the sketch features some details that are too clumsy to have been produced by Goya's hand. Moreover, there are some lines that were executed in red chalk, which may confirm that the composition was continued by another hand.