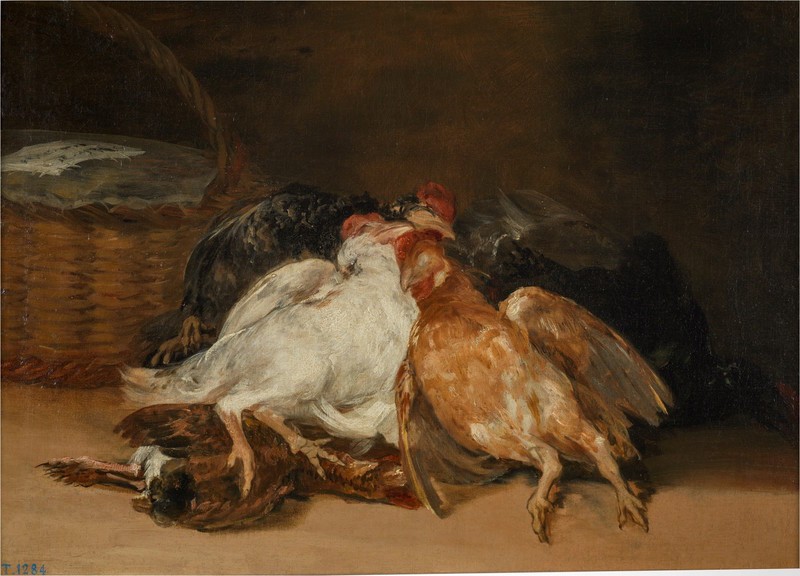 This canvas, together with Dead Turkey, was acquired for the Prado Museum by the Spanish Ministry of Development on 20 March 1900, with the works' owner, Rafael García Palencia, receiving three thousand pesetas for each of them. The day after it was purchased, the painting entered the collection of the Madrid museum, which mentions it for the first time in the 1900 edition of its catalogue.

In front of a dark background, Goya has placed several hens, seemingly carelessly piled up one on top of the other. Just as in Dead Turkey, a basket has been used as a spatial reference.

The sense of drama in this work is heightened by the light, which is focussed on the lifeless bodies of the animals. This device of piles of corpses, which is used in several paintings in the series, can also be seen in some of the etchings in the Disasters of War series, suggesting a connection between the still lifes and Goya's prints inspired by the Spanish War of Independence. As López Rey points out, this work has particularly strong ties to plate no. 22 of the series, entitled All this and more (Tanto y más), which features a heap of human bodies.