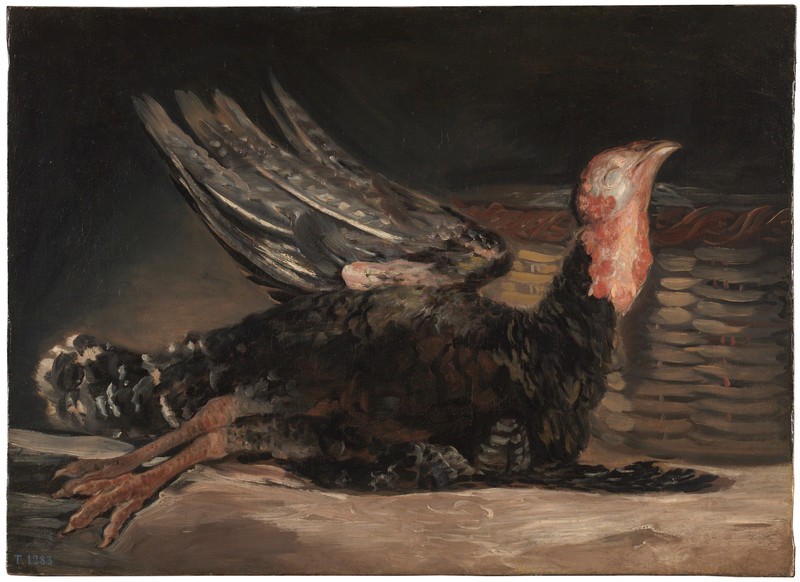 Goya (in the middle of the foreground, painted vertically).

This canvas was acquired for the Prado Museum by the Spanish Ministry of Development on 20 March 1900, with the work's owner, Rafael García Palencia, receiving three thousand pesetas for it. The day after it was purchased, the painting entered the collection of the Madrid museum, which mentions it for the first time in the 1900 edition of its catalogue.

In this still life Goya has painted a dead turkey on top of a table. Its head rests against a wicker basket, the only spatial reference found in the painting. The stripped-down nature of the setting in which the animal has been placed avoids any distractions and makes the turkey itself the unquestionable protagonist of the work.

The Aragonese artist has used a fairly limited colour palette. The turkey's body is the same colour as the background, with just a few brushstrokes of ochre, white and red added to suggest a sense of volume. The bottom of the turkey is delimited with white and ochre, whilst a purplish red is used for the animal's head.

The turkey is lying with its wings outstretched and its legs held rigid, most likely indicating that it died only recently, in a posture which contributes to the drama of the scene.