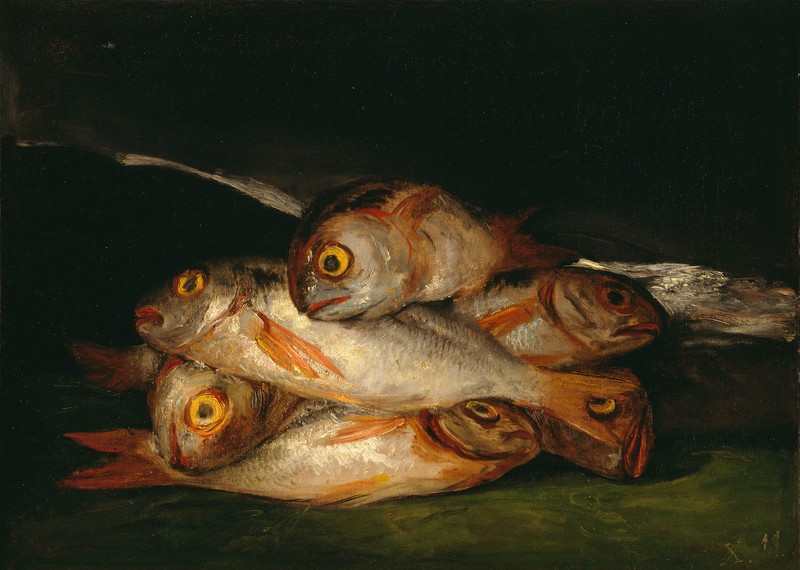 Goya (in the foreground on the right-hand side, almost vertical).

This particular work at one point belonged to Zacharie Astruc in Paris, as well as to Madame Thévenot and David-Weill, also in Paris. In 1994 it was purchased by the Museum of Fine Arts in Houston using funds provided by the Alice Pratt Brown Museum Fund and the Brown Foundation Accessions Endowment Fund.

This work forms part of the series of still lifes painted by Goya sometime between 1808 and 1812. Like the rest of the paintings in the series, the artist has created a neutral background over the top of which the motionless bodies of the animals have been placed. In this case, and unlike some of the other works, there exists no other object to serve as a spatial reference and the viewer's attention is focussed entirely on the animals.

The light falls on the fish, covered by shining, still-wet scales which, like the rigid pose of the dead turkey which the artist painted during the same period, suggest that these animals have been caught just moments earlier.