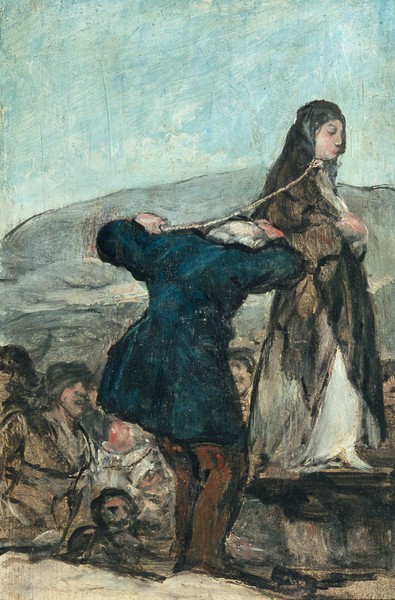 This work belonged to the Lafitte collection in Madrid before it was acquired by the Pinakothek in Munich.

This painting's sketchy technique gives it the look of a drawing. We can see a woman standing erect on the scaffold, her gaze lowered. She is covered with a black veil. Around her neck is the rope which is being handled by the executioner; placed in the foreground, we see him from behind, his face is hidden, as was usual in Goya's depictions of executioners. Behind them, positioned lower down, we can make out the heads of the spectators attending the execution.