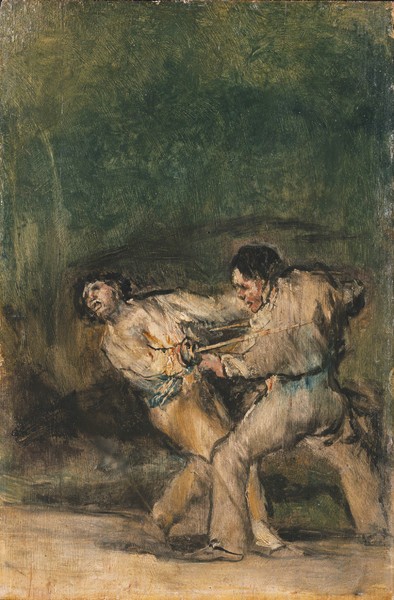 This work belonged to the Lafitte collection in Madrid before it was acquired by the Pinakothek in Munich.

This painting is very similar in its composition (although its orientation is reversed) to the lithograph Modern Duel preserved in the British Museum, which is signed by the artist. It is a dramatic scene in which two men confront each other in a sword duel. Goya has depicted the moment in which the man on the right has stabbed the other in the stomach. The wounded man falls backwards, creating a diagonal line in the composition.