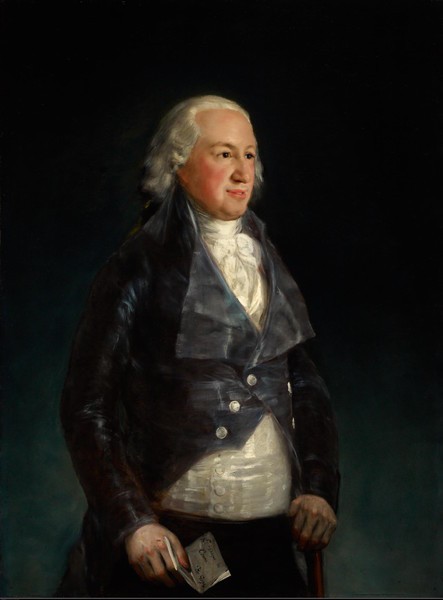 This work formerly belonged to the Osuna Collection in Madrid.

Don Pedro de Alcántara Téllez-Girón y Pacheco (Madrid, 1755 - 1807), the 9th Duke of Osuna, was an enlightened thinker of his time, Colonel of the Regiment of America, President of the Economic Society of Madrid and life member of the Spanish Royal Academy. He was a friend and patron of various painters, musicians and literary figures.

In this three-quarter length portrait he is depicted side on in a standing position against a dark background which emphasizes volume. He wears a jacket over a white shirt, and holds a piece of paper in his right hand.

The subject's face is rosy-cheeked and affable; open and kind, his smile is at once both diplomatic and cordial, as Gudiol commented. Goya had already painted another individual portrait of the duke in 1785 and another in 1788 in which he appears with his family.