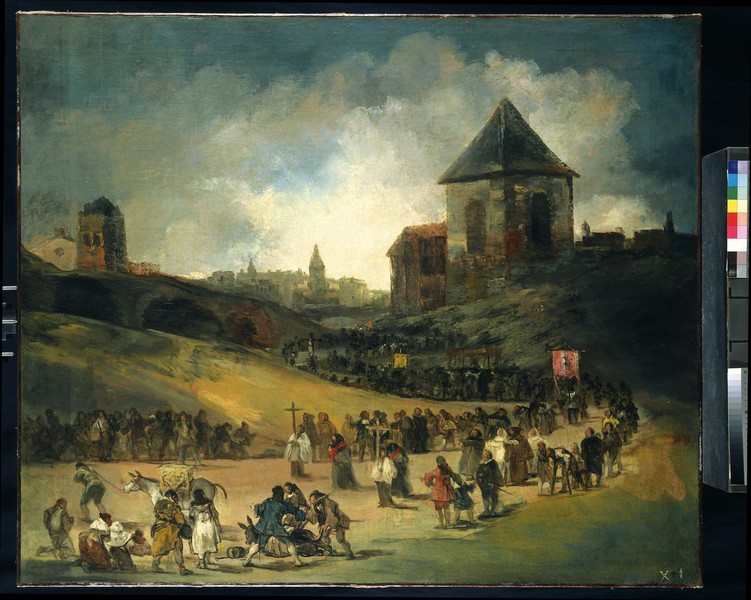 This work came from the collection of the Marquis of Salamanca, who sold it in Paris in 1877.

This canvas forms part of a group of four paintings grouped together under the inscription "X.1" in the inventory carried out in 1812, following the death of Josefa Bayeu.

The procession takes place in the midst of an outdoor landscape, at the back of which we can see a church - a solid shape from inside which all of the faithful appear to have emerged. As it progresses, the procession traces a winding course, helping to heighten the sense of depth of the scene. Goya has used a broad range of colours, with the intense yellow of the hill and the white of the clouds standing out in particular.

This work shares certain aspects of its composition with The Greasy Pole. The artist has placed a building on a hill, from where it appears to preside over the entire scene and, in the background, on the left-hand side, we see a bridge. In both cases the human figure becomes dwarfed and is relegated to a secondary role behind that of the natural setting that surrounds him.