Angels of the south-eastern vault 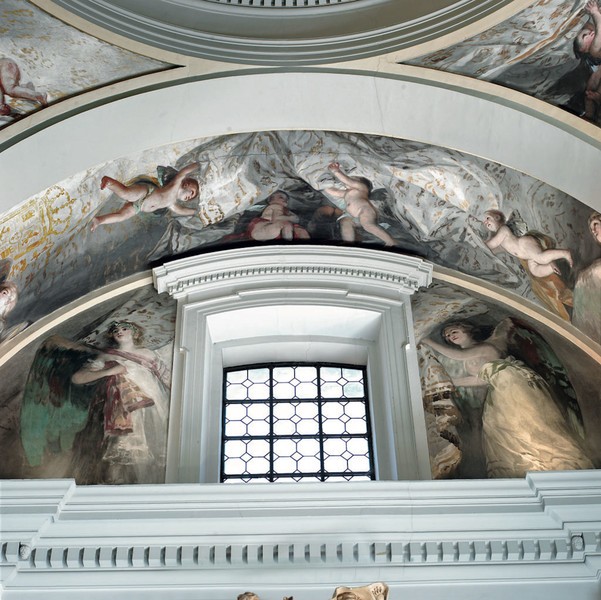 Three putti (child angels) fly up to pull back the curtains in the south-eastern vault located in the arm of the transept on the Epistle side of the chapel. Two winged female angels are situated on the outer edges of the vault on the cornices. The one closer to the altar is a svelte figure, shown side-on with her hands together. This heavenly being is depicted against a rich curtain of gold brocade featuring the Spanish coat of arms topped with a royal crown that forms the edging of the fabric.

The other figure on the opposite side is also female. One hand on her hip, she extends her left leg as she gazes up into the sky.