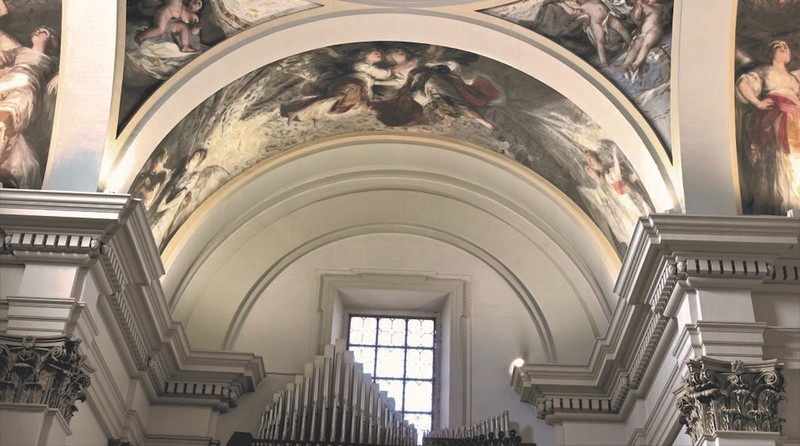 SeeMiracle of Saint Anthony of Padua.

The south-western vault, situated at the foot of the Chapel of San Antonio de la Florida continues the theme of female angels, whose clothing is depicted with some vivid flecks of colour. In the keystone of the arch there is a pair of angels who bring their heads together, flying with their wings outstretched and ruffling their robes, set against the background of a curtain that they seem to want to pull back in order to show us the Miracle of Saint Anthony of Padua (Milagro de San Antonio de Padua) depicted in the cupola. On the right there are two angels in a standing position, while on the left there are two more winged figures, one of whom is kneeling.