Angels of the southern pendentive 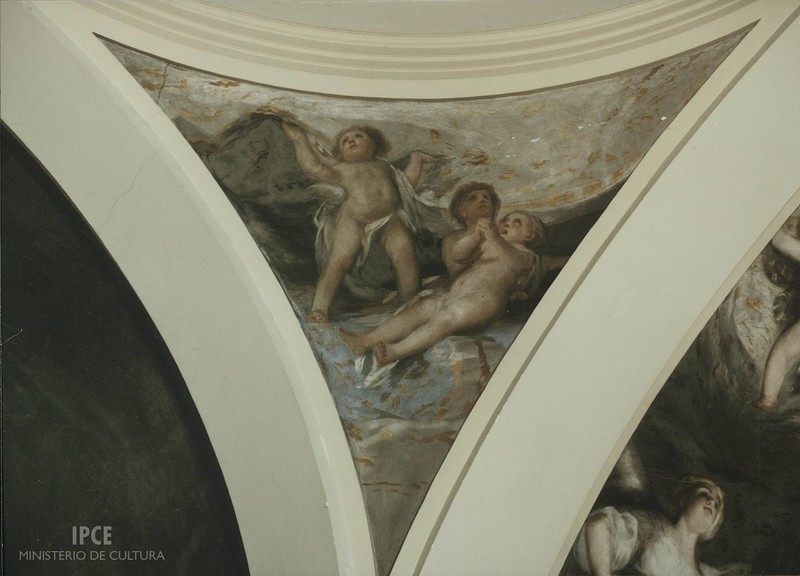 SeeMiracle of Saint Anthony of Padua.

The cupola that contains the main scene of the Miracle of Saint Anthony of Padua rises above four pendentives in which Goya depicted a series of putti (child angels) with voluminous drapes falling above them decorated with golden motifs on a white background. Some of the angels are observing the miracle taking place in the cupola. Goya's angels show the influence of Tiepolo, although with his own variations and sketchier painting style.

The southern pendentive contains three angels: one is standing on the left, a second one is shown in a seated pose, while the third angel in the foreground has his hands together, gazing up at the cupola.