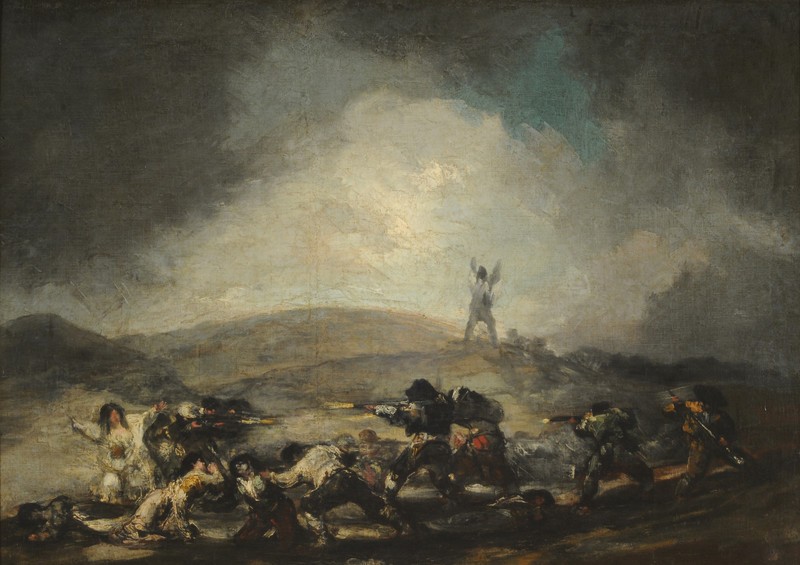 Thanks to the inscription X.28 that appears on this canvas, it has been possible to identify this work and to attribute it to the artist, together with three others, Bandit Scene, Festivities underneath a Bridge and The Hurricane. This same reference appears in the inventory made by the notary following the death of Josefa Bayeu in 1812.

In the middle of a desolate landscape, a number of bandits open fire on a group of people. Standing out from this second group are two who are wearing white tunics, probably an allusion to their innocence. In the foreground, one of them has their arms flung out in the form of a cross. The other is standing further back and has his arms up in a gesture of surrender, like the protagonist in Third of May 1808. Threatening storm clouds fill the sky apart from in a small area in the centre, directly above the person dressed in white who is crying out for help, where a patch of blue sky is visible. The forces of nature are overwhelmingly predominant in this painting, dwarfing the human figures and ostensibly reducing their importance.

Goya employs another device here in Bandit Scene which we can also see in Third of May 1808 as well as in some of the etchings in the Disasters of War series: the faces of the executioners are hidden from view.