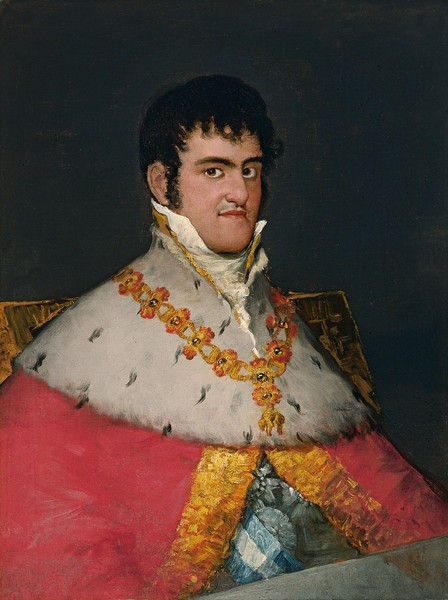 This is a half-length bust portrait of Ferdinand VII, dressed in his robes of state. He is depicted sitting before a table. His face is identical to that in the rest of the paintings from this same period featuring just the king. Once again, it seems clear that Goya used the studies made in 1808, since the king looks exactly the same in this work and is in the same position as in his other portraits.