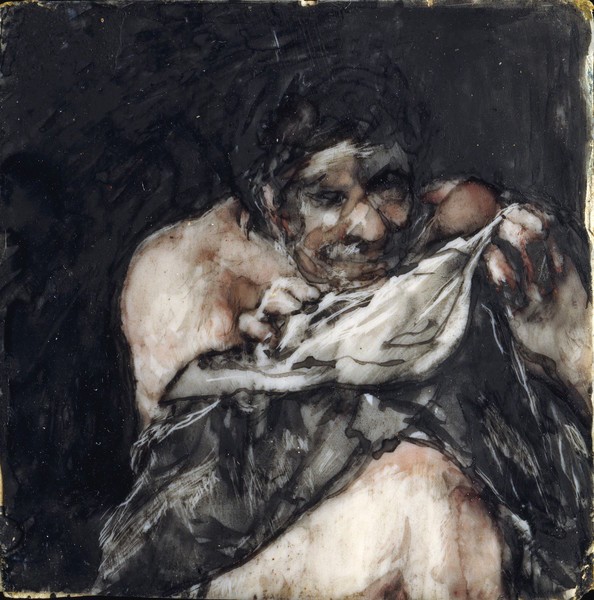 This miniature belonged to Luis Portilla. He put it up for sale in Madrid, together with others that were in his possession, on 16 December 1880. It was later in several different collections: Warwick, Paris; Schidloff, Paris; that of Baron von Schlumberger, Vienna; Thomas Harris, London, around 1938; Vincent Price, Los Angeles, around 1956; Philip Hofer, Cambridge (MA) and, finally, the Boston collection of R. M. Light, from whom the Museum of Boston acquired it on 12 June 1974, through the funds of Mr And Mrs Karolik.

This miniature shows a bare-chested man holding up a shirt which he is carefully examining for fleas. The man's skin is coloured a pinkish hue, but, despite this, this is still an image of predominantly cold tones, dominated by the black of the background, the shirt and the bold outline of the man. Here we can see how Goya has used a technique similar to "sgraffito", using a sharpened object to scrape away the pigment from certain areas of the shirt, revealing the white ivory underneath and leaving irregular patches.