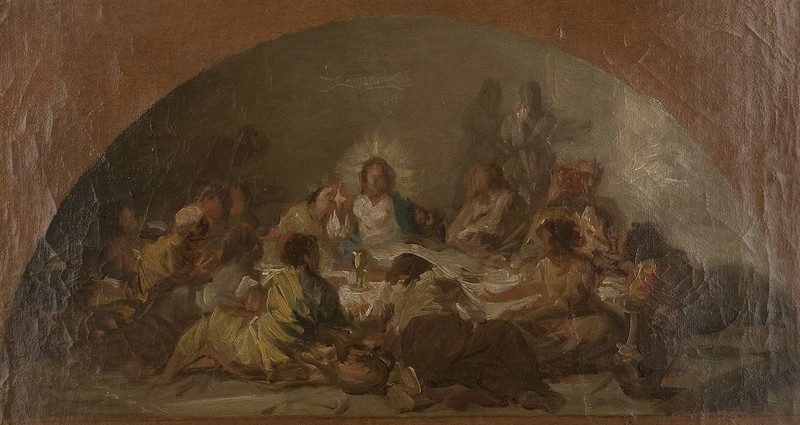 Goya possibly made this sketch in preparation for the definitive work of the same title The Last Supper towards 1796 or 1797.

In 1928 it was part of the collection of Cecilia Balaguer (the widow of Gimeno Balaguer) in Zaragoza. In 1932 it was located in the Kleinberger collection in Paris. The last record of this work is that it was acquired by a private collection on 25 November 1971 having been auctioned by Rheims and Laurin at the Palais Galliera in Paris.

This is a sketch or first draft executed with the same quick, impasto technique used in the sketch for Multiplication of the Loaves and Fishes (Multiplicación de los panes y los peces), albeit with a more limited colour palette.

There are some variations between this and the final painting, such as the figure of Saint John who appears on Christ's right rather than on his left as in the Santa Cueva.