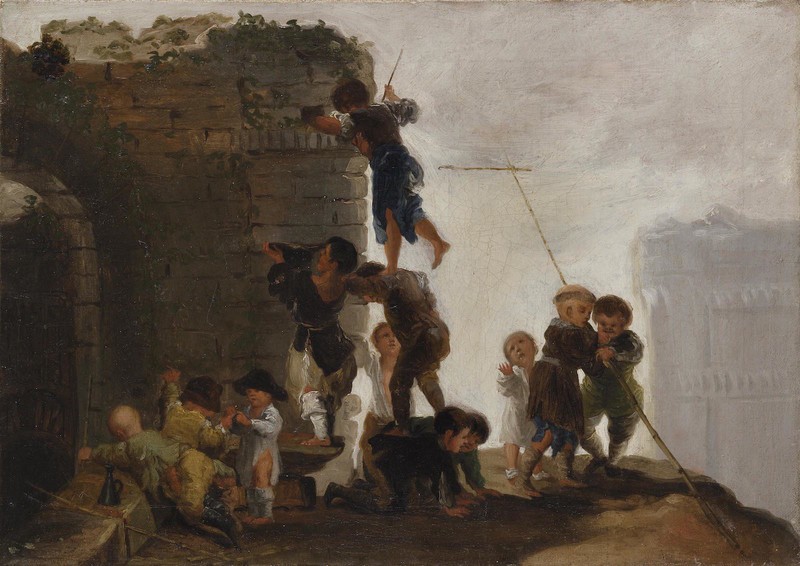 A group of twelve children are searching for bird's nests high up in some ruins. They carry out their search with the help of long canes and by standing on top of one another so that one boy can get to the very top of the structure. Just as in the other works in this series, Goya has turned his gaze upon the most disadvantaged members of society, here characterised by their ragged clothes. The cloudy sky has been rendered in touches of lilac, pink and grey paint. In the background, on the left-hand side, we can make out the ruins of another building.

The precarious image of climbing children, in this case looking for bird's nests, was rehearsed by Goya in other, earlier works. One of the pictures which most closely resembles the present one is Boys Picking Fruit (Muchachos recogiendo fruta) (1777-1778, Prado Museum), a cartoon made for the Royal Textile Factory of Santa Bárbara.

As with the other paintings by Goya in this series of children at play, there exists a copy of this image, at the Santamarca Foundation, Madrid.