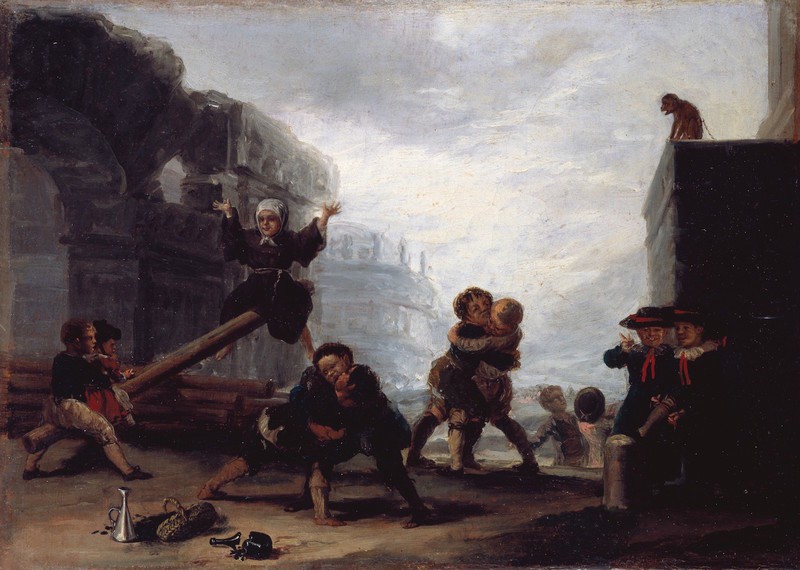 This work previously belonged to the Anne Maxwell Macdonald collection, in London.

A group of eleven children are playing and having fun in a number of different ways. Three of them are on a see-saw, one wearing the habit of a Franciscan monk. He is probably dressed that way because of a promise made by his mother, most likely after he was cured of an illness, perhaps something to do with his bandaged head. Four other children are fighting in the middle of the composition while, over on the left-hand side, two children in school uniforms are talking as they watch the proceedings. In the background, two more children are looking up at a monkey on a chain, which is sitting on top of a wall and attentively watching everything going on down below. It has been suggested that the inclusion of this animal in the painting has a moral or a humorous significance.

All of this is taking place in an outdoor setting, at the back of which we can make out some ruined buildings shrouded in a murky mist which becomes brighter in the centre of the canvas, perhaps in order to emphasize the central role played by the children.

There exists a copy of Children Playing on a See-Saw at the Santamarca Foundation, Madrid.