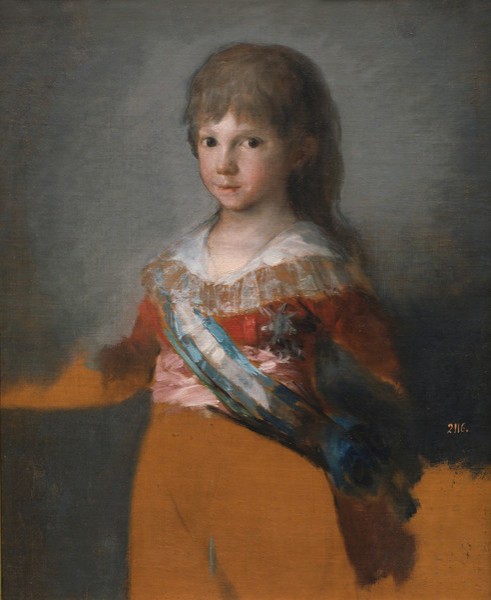 This is the most completed of the ten sketches of individual figures which Goya produced during his visits to Aranjuez in preparation for the group portrait Family of Charles IV. It is one of five housed in the Prado Museum.

Francisco de Paula Antonio of Bourbon (Madrid, 1795-1865) was the youngest son of Charles IV and María Luisa of Parma, although there was a popular rumour that he was actually the son of Manuel Godoy (then Prime Minister) as part of the defamation campaign against the Favourite and the Queen. He married his niece, Luisa Carlota of Bourbon-Dos Sicilias in 1819, and the couple produced a son, the Infante Francisco of Assisi, who would eventually become the consort to Queen Isabel II.

The half-length portrait is made especially attractive by the child's evident personality. He is shown wearing the sash and cross of the Order of Charles III.