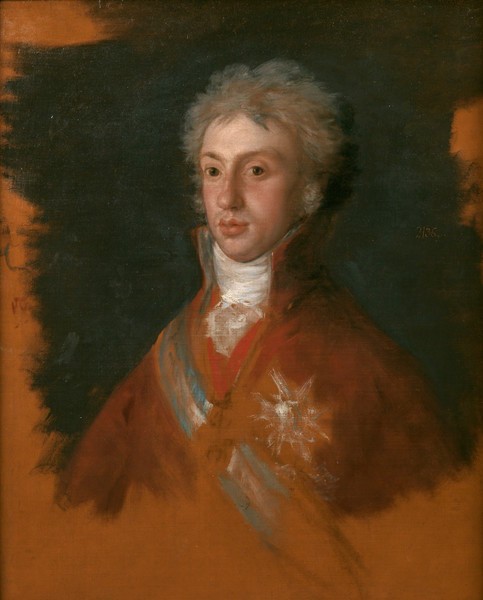 This work comes from the Royal Collection. In 1814 it was housed in the Royal Palace in Madrid. It entered the Prado Museum's collection some time before 1834, since it appears in the inventory of the Royal Museum for that year, very probably together with the Family of Charles IV (La familia de Carlos IV). It appears for the first time in the Prado's catalogue in the 1872 edition

Louis of Bourbon (Piacenza, Italia, 1780 - Florence, Italy, 1803) was the son of Fernando, Duke of Parma, and the Archduchess María Amelia de Lorena. He married the Infanta Luisa Josefina of Bourbon, daughter of King Charles IV and Queen María Luisa in 1795. In 1801, at Napoleon's request, he was named King of Etruria, although he died before he could be crowned.