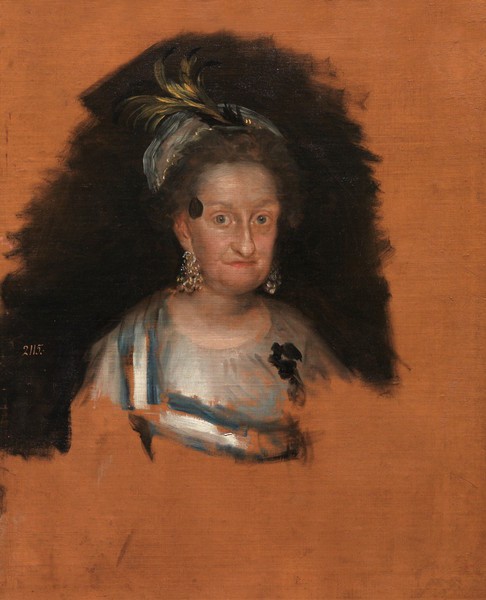 María Josefa Carmela de Borbón (Gaeta, Naples, 1774 - Madrid, 1801) was the daughter of Charles III and María Josefa Amalia of Saxony. Although on arriving in Spain attempts were made to marry her to her uncle, the Infante Louis of Bourbon, she died unmarried a year after this portrait was produced.

In this work she is wearing a scarf as a turban embellished with a feather from a bird of paradise, and diamond earrings. She is wearing the sash of the Order of Noble Dames of Queen María Luisa and the black ribbon of the insignia of the Order of Noble Dames of the Austrian Empire or Starry Cross, which was only received by ladies belonging to the Spanish royal family.