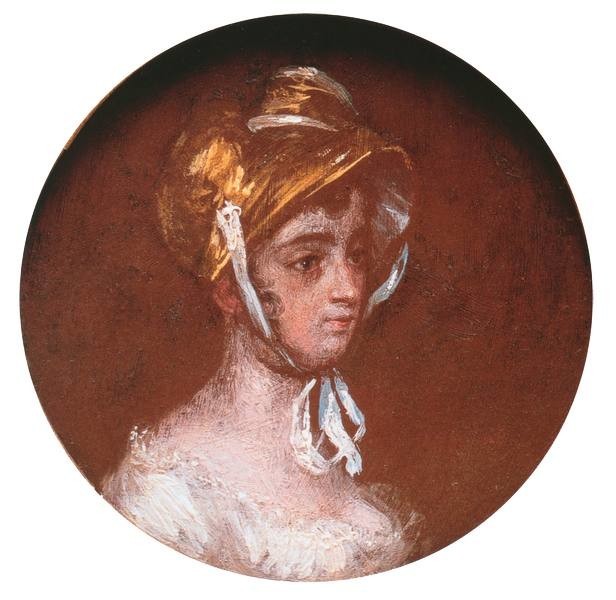 Goya made seven miniature portraits, all on sheets of copper and with a circular format, for the wedding of his son, Francisco Javier, to Gumersinda Goicoechea, which took place on 5 July 1805. As well as the portrait of his son, he made ones of the parents of the bride, the bride herself, and each of her three sisters, including Jerónima Goicoechea.

It was bequeathed to the museum that now houses it by Mrs Murria S. Danforth.

Gerónima Goicoechea was one of the youngest members of the Goicoechea Galarza family. She appears here in three-quarter profile, turning slightly to the right. She is wearing a cloth hat in striking golden tones, tied at the neck with a white ribbon and executed in rapid brushstrokes. The neckline of her white dress accentuates her bust.

Francisco Calvo Serraller draws our attention to the way in which Goya often does not fill with paint the gaps left in the undulating forms of the thicker brushstrokes, an effect which he uses to suggest the texture of the lace on the dress' neckline or to increase the sense of fleshiness of the woman's neck.