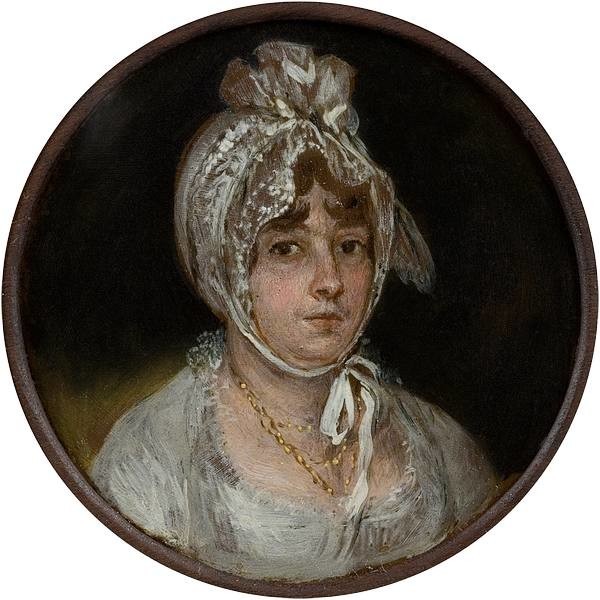 Goya made seven miniature portraits, all on sheets of copper and with a circular format, for the wedding of his son, Francisco Javier, to Gumersinda Goicoechea, which took place on 5 July 1805.

This work was acquired by the Prado Museum in 1978.

Juana Galarza, wife of the fabric merchant Martín Miguel de Goicoechea, was the mother of four daughters, including Gumersinda, who married Javier Goya. All the women in her family were painted by Goya, along with her husband and her son-in-law. She appears here wearing an elegant dress of white lace, with matching coif, and wrapped several times around her neck she wears a gold necklace, reflecting her elevated economic status, coming as she did from a wealthy bourgeois family.

Her face, standing out against a neutral background in order to give an increased sense of volume, is serious as it looks out at the viewer.

The rapid brushstrokes are most visible in the coif, which is brilliantly executed. The touches of the brush are, according to Manuela Mena, light and free, but still precise, and do not waste time on superficial details.