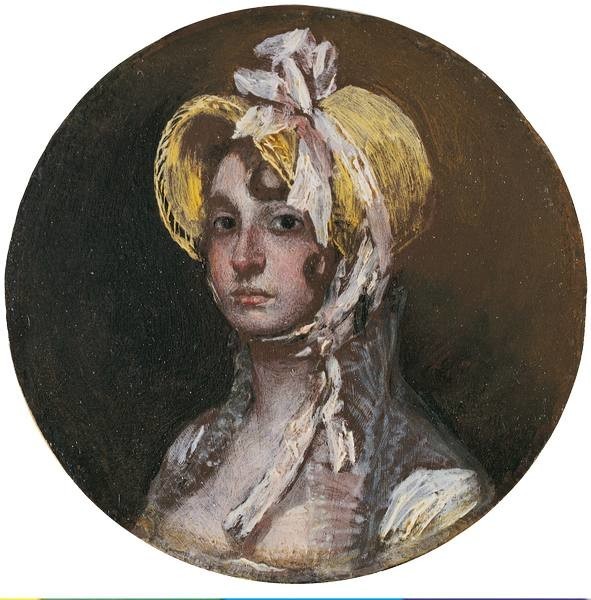 Goya made seven miniature portraits, all on sheets of copper and with a circular format, for the wedding of his son, Francisco Javier, to Gumersinda Goicoechea, which took place on 5 July 1805. As well as this portrait of the bride, he made ones of the parents of Gumersinda, her three sisters, and the groom and Goya's son, Javier Goya.

It was acquired by the Museum of Zaragoza in 2003.

Gumersinda Goicoechea was the wife of Javier Goya, the artist's son. Their marriage was a great cause of concern to Goya, who had to support them economically for many years. In compensation, the artist was overjoyed at the birth of the couple's son, Marianito. In this small portrait, Gumersinda, wearing a raffia hat decorated with a pink ribbon and a dress that features a slightly revealing neckline, looks straight out at the viewer. Her gaze, which does not reveal excessive happiness, is somewhat distant. Once again, Goya was able to masterly depict his psychological insight into the sitter.

In terms of the technique, Goya used the layer of reddish primer itself to create shadows that increase the sense of volume of the figure, particularly around the neck.