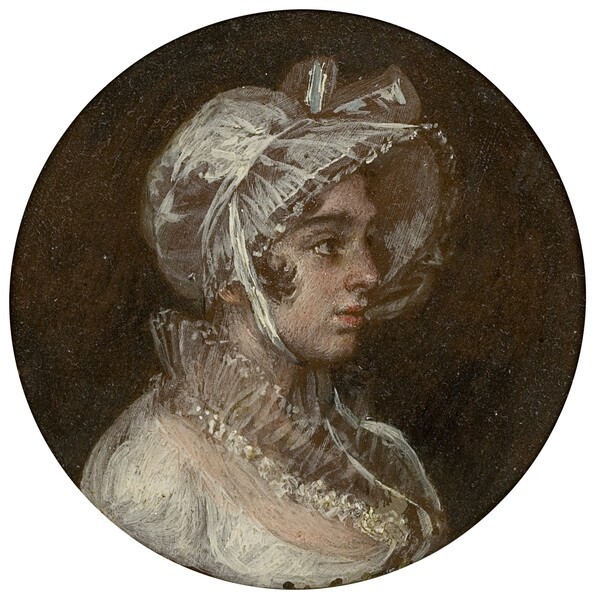 Goya made seven miniature portraits, all on sheets of copper and with a circular format, for the wedding of his son, Francisco Javier, to Gumersinda Goicoechea, which took place on 5 July 1805. As well as the portrait of his son, he made ones of the parents of the bride, the bride herself, and each of her three sisters, including Manuela Goicoechea.

This portrait of Manuela belonged to the collection of Pablo Bosch and then later to Xavier de Salas. The Prado Museum acquired it from Salas' widow, Carmen Ortueta, in 1989.

Manuela Goicoechea (1785-1858) was twenty years old when Goya painted this portrait of her. Of interest is her white hat and matching white gauze dress with its unusual collar, executed with fast but extremely precise brushstrokes. The white clothes stand out dramatically against the dark background, which was such a characteristic feature of Goya's portraits. The subject is shown in profile, and her face radiates sweetness and innocence.

According to Francisco Calvo Serraller, her beauty is most evident in her delicate nose, on the end of which Goya has applied a touch of white to suggest the reflections of light upon her face.